Fish it slowly with intention and you’re sure to get into some fish with this technique that’s been proven time and time again. Start by threading the hook point down between ¼ and ½ of an inch into the top part of the plastic bait in a top-to-bottom direction . Next, push the point of the hook out the side of the bait, sliding the bait up the hook and onto the bend in the hook just below the hook eye. Lastly, thread the hook half-way into the lower end of the bait, keeping the hook point covered by the soft plastic.

It gives the worm a more natural appearance and allows it to hop and jump through the water. You don’t need to tie on any knots because that will come when we put the hook on. Before we talk about lures, hooks, line, or anything else to do with Texas rig fishing, you need to know how to tie a Texas rig the correct way.

Some solid baits that work good for flipping and pitching are creature baits, lizzards, craw imitations, and big worms. Creature baits are those like a zoom brush hawg, or a Missile Baits Stroyer with tons of appendage’s and bulk that help draw strikes. Flipping lizards like a Yamamoto Lizard or a Strike King Rage Tail Lizard are often more popular around the spawn when bass are bedding, but don’t be afraid to try them other times.

Straight shank hooks work best on a Texas rig for flipping or pitching because your hook up ratio improves dramatically. When you work so hard to get your bait into these areas you don’t want to be missing any bites. Typically, the best baits created for Texas rigging weightless are soft plastic stick style baits, worms, and flukes. Use any of these on a offset worm hook and you are in business. A stick style bait would include baits such as a Yamaoto senko, Havoc back slide, or even something like a Keitech Sexy Impact. Some great worms that work well Texas rigged weightless are the classic zoom trick worms, and roboworms.

The main difference between the two is the angle at which you enter the worm. There’s no need to get too involved here because you can more or less get away with just sizing the hook according to the size of your lure of choice. Take the point of the hook and pierce the worm right at the top in the center and start working your hook through the soft plastic lure. You only want to pierce it about a quarter of an inch deep. The thicker the cover, the heavier the sinker you should use. If you’re fishing a lake with a lot of greenery, you’ll want a weedless rig like this to prevent frustration and lost lures.

A plastic worm is a staple in any bass fisherman’s arsenal. It can be used for both salt water and fresh water.The Texas Rig is one of the most popular ways to fish a plastic worm because of its effectiveness. You can fish a Texas rigged worm over any kind of structure, through weeds and grass, and at any depth you want. You can vary the size of the worm and the weight to change the rate of fall, and you can fish it as slowly or as quickly as you want. In short, a Texas rig is the ultimate in versatile bass lures, provided you know how to rig it. 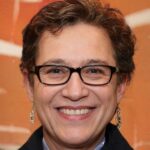